Included in this post is a quick summary, a more in-depth summary, and at the bottom is PDF that can be downloaded or printed for your benefit and ease. Learn about how self & level funded plan sponsors must submit PCORI Fee by July 31 each year.

The Patient-Centered Outcomes Research Institute (PCORI) fee was created by the Affordable Care Act (ACA) and was effective beginning 2012.

The fee is submitted and paid once a year by no later than July 31 of the following year.

The fee is calculated by multiplying the per person fee amount by the plan’s average number of covered lives.

A plan MUST calculate average number of lives using one of the following:

The per person fee amount is adjusted each year and takes effect each October.

Consequently, the amount an employer pays per covered life depends on when the plan year ends.

Originally, the fee was set to run from 2012 to 2019, but legislation enacted in December 2019 (Further Consolidated Appropriations Act 2020) extended the fee for an additional 10 years through 2029.

Plans Subject to the PCORI Fee

Most all medical plans that provide health or accident benefits primarily to individuals living in the U.S. must pay the fee. Examples of plans subject to the fee include:

Plans NOT Subject to the PCORI Fee

The “Amount” Per Covered Life:

The original fee amount per participant in 2012 was $1.00 per covered life but the amount has increased over time through annual indexing. That adjustment takes effect October of each year. Consequently, the amount an employer pays per covered life depends on when the plan year ends.

These rates and time periods are clearly shown on Form 720 under Part II, line/section 133 so it is difficult to make a mistake on this amount as long as the most current Form 720 is used.

The Average Number of “Covered Lives”

1. Actual count method: Add the number of covered lives for each day of the plan year and divide by that number of days (365, or less for or a short plan year). In practice, if you use this method, you probably will be counting the average number of enrollees per month and dividing by 12, since most TPAs report numbers on a monthly basis, not a daily basis.

2. Snapshot methods: There are two types of snapshot methods. The general methodology is the same under each: add the total number of lives covered on one or more dates in each quarter, and divide by the total number of dates on which the count was made. A plan need not pick exactly the same date or dates in each quarter, but each date used for the second, third, and fourth quarters must be within three days of the date in that quarter that corresponds to the date used for the first quarter, and all dates used must fall within the same ERISA plan year.

3. Form 5500 method: A calendar year plan may use the 5500 method only if the 5500 is filed no later than the July 31 PCORI fee due date. This means an employer cannot use this method for PCORI if it files for an extension to submit the 5500 later than July 31.

The due date is by July 31 each year.  Note that for certain non-calendar year plans, there is a longer span of time  after the end of a plan year than for other plans before the fee is due. This is because technically, the due date is July 31 “of the calendar year immediately following the last day of the policy year or plan year to which the fee applies.”

IRS Form 720 is used by the IRS to collect several different fees from employers. To complete the form for the PCORI fee, start with the employer information in the header section above Part I. Under “quarter ending”  enter the last day of second quarter (June 30) . Then go to second page, Part II, line 133  section (c) or section (d) under PCOR fee and complete the following:

The IRS guidance does not directly address how to remedy a failure to file, so most recommend filing  as soon as possible after the discovery.  This helps show that you did not willfully fail to file.  The regulations say that those who willfully fail to file will have penalty assessments in higher amounts compared to those who unintentionally failed to file.

Corrections are made using Form 720X.  IRS PCORI Fee FAQ 16 says: “a plan sponsor or policy issuer should make corrections to a previously filed Form 720 by filing a Form 720-X, Amended Quarterly Federal Excise Tax Return, including adjustments that result in an overpayment. Form 720-X may be filed anytime within the applicable limitation period.”

Form 720X and the instructions do not specifically refer to PCORI fees. However, there is space to include an explanation of adjustments, which plan sponsors can use to identify the PCORI fee.

If an employer discovers an error on a Form 720 that has already been filed, the employer must decide whether and when to correct it.

When making this decision, employers may find it valuable to consider the type of mistake that needs correction, e.g. whether the mistake is an overpayment or an underpayment.

The IRS may request documentation of how of the fees were calculated, so employers should keep records to show how they determined the number of covered lives and the fee amount to apply. The Form 720 instructions advise taxpayers to keep their returns and supporting documentation for at least four years from the date the tax return was due, or if later, the date it was paid or file.

Updated November 2022
This document provides an overview of a specific regulatory development. It is not intended to be, and should not be construed as, legal advice for any particular situation. 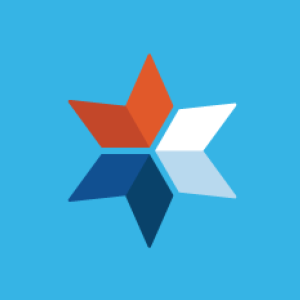